Mobile Money has been a key tool in improving financial inclusion in sub-Saharan Africa over the last decade, and continues to grow on the continent. According to the report of the GSMA, the international association of mobile operators, sub-Saharan Africa had at the end of December 2017 nearly 338.4 million mobile subscribers. A figure that is up 18.4%. Also up, we note the number of active subscribers at least once over a period of 90 days, which was 122 million people (+18.2). But the beautiful story of mobile does not navigate only in calm waters.

The solutions offered by mobile phones are not just the prerogative of mobile operators. Mobile Banking which allows access to his bank account via the phone is also progressing rapidly. Like the fintech who offer innovative solutions via the Internet. In addition, new regulations in terms of licensing and transaction control costs tend to limit the strong growth that has been observed so far.

Regulatory and quality of service issues …

In Central Africa, although the central bank (BEAC) recognizes the importance of mobile money in its payment system, it remains cautious about unlimited development. In a correspondence dated 19 June 2017, the governor of the institution covering Cameroon, Gabon, Chad, CAR, Congo and Equatorial Guinea, invited the heads of banks operating in this community area, to “stop all international money transfer operations in the context of e-money activities through their (their) technical partners”.

In the sister WAEMU sub-region, the central bank has also formally banned overseas transfers by Sonatel, which is by far the most important player in the sector. “As specified in the relevant provisions of the Regulation on the external financial relations of WAEMU Member States, these operations are exclusively the responsibility of credit institutions”, the CBWAS reported in a note to the media on the subject.

In Kenya, a big battle is taking place around Safaricom, with a focus on whether or not the telephony operator should dissociate its telephony business from that of a financial intermediary. In 2017, the London-based consulting firm, Analysis Manson, which specializes in technology issues, recommended that the government separate the voice and data services of the leading operator in Kenya from its mobile money platform. Pesa, although she came back to this position in a recent report.

The reception is not always cordial, and it is necessary to spend long hours to recover cash, and finally to hear that there is more availability.

Regulations in countries including Nigeria, are now more focused on the quality of service offered to customers. In Nigeria, Cameroon, or Ivory Coast, Mobile Money subscribers complain repeatedly about the quality of the service. The reception is not always cordial, and it is necessary to spend long hours to recover cash, and finally to hear that there is more availability. A wave of weaknesses that surf the banks to return to the offensive.

Beyond the regulatory constraints, the Mobile Money is also threatened by a reaction, late but increasingly effective, banks that had not anticipated the competition that could do them mobile operators but who, today, measure the attractive revenue opportunities that flow from this technology. They had always considered, for example, that serving people in rural areas was expensive and unprofitable. In this respect, digital has changed everything.

Banks had always considered, for example, that serving people in rural areas was expensive and unprofitable. In this respect, digital has changed everything.

In countries like Kenya, the response of the banking sector has been organized. The association of banks has developed an application, which allows people holding a mobile phone to easily and quickly transfer money from bank account to bank account. More generally in sub-Saharan Africa, banks are now all in the digital age.

Ecobank, the largest banking group in the region with 33 subsidiaries, has launched an all-out digital campaign and now offers a complete customer management interface via a mobile application, even if some hiccups occur from time to time.

The French group Societe Generale has launched its service YuP which is supposed to allow users to conduct their transactions more easily. 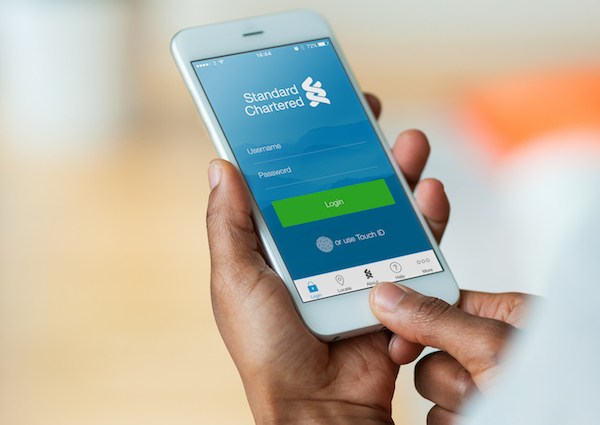 Also, more recently, it has been learned that the Standard Chartered Bank Group, which is rather active in investment and high-end clientele, is currently testing its fully digital bank in Côte d’Ivoire.

Or the Atlantic Bank group has unveiled its digital strategy that even deals with international transfers, allowing its customers to receive money from abroad, directly in ATMs.

The last line of competition for mobile money is that of the service of loans of money via mobile terminals. Since, in Central Africa, the WAEMU zone and even in countries like Nigeria, operators do not have the power to manage credit, new operators have entered this segment and are getting ahead. Whether MTN Orange or Airtel, the best they can do is offer call minutes, refundable with interest.

Finally, for nano credit offers, it is necessary to go through approved credit institutions. The experience is a real success in Kenya, where many of these companies allow people in hard-to-reach areas to receive credit. Once again Safaricom has taken the lead, but competition from more independent players is tough.

But the Mobile Money did not say its last word …

It is now estimated that in 7 African countries, particularly in the East region, more than 40% of the population actively uses Mobile Money services. This improvement is mainly due to a diversification of services. Person-to-person transfers and credit purchases, which constituted the bulk of transactions in 2011, are now losing ground in favor of bill payments and more general expenses.

In Zimbabwe, where the economy faced a liquidity crisis, the settlement of mobile transactions helped keep markets active. The government plans today to push the regulation quickly, to achieve the interoperability of Mobile Money transactions. Thus, it will now be easy to transfer money held at the operator X to a person using the operator Y.

Kenya or Tanzania are two countries where the diversification of services via mobile money is the most important. It is no coincidence that East Africa is the most dynamic in the sub-Saharan region, with total transactions estimated at $ 12 billion at the end of December 2017. 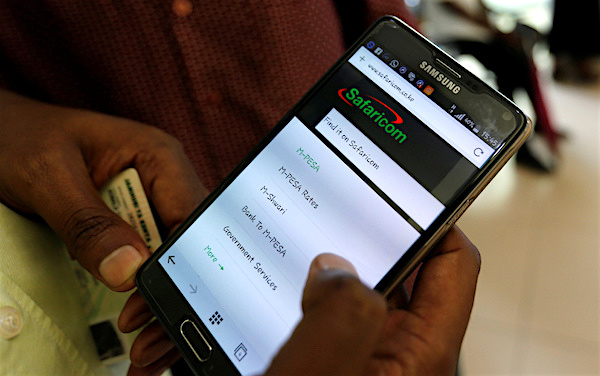 In Kenya, for example, the operator Safaricom, which is the global giant of this type of service, has managed to multiply offers of services, even managing the payroll of employees and the settlement of taxes. One can even mention the realization by the government of a bond loan via mobile, with mixed success it is true.

Beyond this success, Mobile Money’s services continue to grow in several countries. Central Africa is the zone that adopted it the latest, but it is filling its gap. The revenues from these services for the two main telephone operators in Cameroon are a telling indicator. The populations of the main economy of CEMAC are gradually adopting the ease it represents to pay their bills via mobile, or even to make contributions and transfer money to remote areas.

Francophone West Africa is not left out. Thanks to the partnership of several money transfer operators, it is now possible to receive international transfers directly on their mobile. Also groups like Atlantic Bank and even Ecobank, allow to make withdrawals of mobile wallet, on ATMs banknotes.

The other reality behind this is also that operators encourage mobile wallet holders, not to touch their money, and tend to create a digital ecosystem, which makes it possible to no longer have cash transactions. Thus, thanks to their partnerships with Jumia, Orange and MTN operators are pushing their customers to pay most of their bills via mobile money. In particular, they used the increase in withdrawal rates and the granting of benefits for operations managed via the mobile. 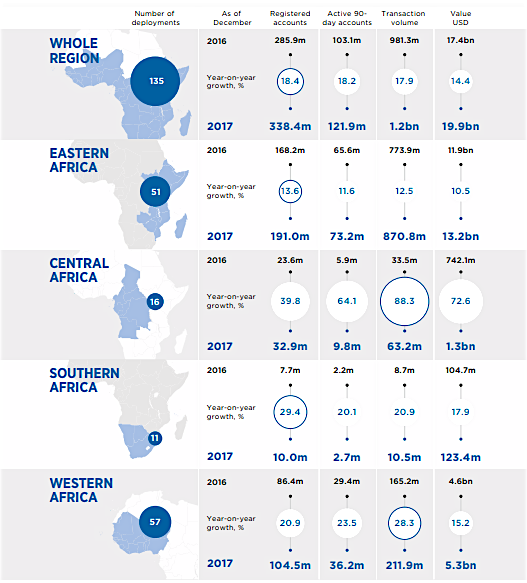 Despite this strong competition, in a rather complex environment, the future of Mobile Money is still solid.

In sub-Saharan Africa, the volume of mobile transactions increased from 938 million transactions in 2016 to 1.2 billion at the end of last year. In the same direction, the value of transactions, the most important indicator, rose from $ 17.4 billion in 2016 to $ 19.9 billion in the previous year, an increase of 14.3%. A growth rate that many sectors would appreciate …