A contractor creates pavers from plastic bags to create roads. A good solution to absorb some of the 22’000 tons of plastic waste per year.

Recycle plastic bags to make roads? In Ghana, an entrepreneur took on this challenge. Mixed with sand, the crushed plastic is transformed into a durable and durable paver. What to recycle part of the 380 million tons of plastic waste generated each year?

What about the billions of plastic bags that are invading the planet? There is an urgency because by 2050 there will be more plastic waste in our oceans than fish, says the World Economic Forum. In Ghana, Nelson Boateng, a network engineer developed a form of asphalt from recycled plastic bags, which is then used to make pavers for roads and sidewalks.

While his country banned plastic bags, the engineer decided to create a machine to recycle the tons of waste that invaded his country. Because “Ghana produces 22,000 tons of plastic waste per year and recycles only 2%,” says Nelson Boateng, during an interview on the African antenna of the BBC. The remaining 98% is found on the ground, on the sidewalks, in the streets, in fields etc.

In 2017, assembling scrap metal, electrical wires and motors, Nelson Boateng is developing a tool to crush and recycle plastic. He makes his first tests with 2,000 kg of plastic waste collected in his neighborhood of Ashaiman, in the north-east of Accra, the Ghanaian capital.

The plastic bags are first shredded, then mixed and heated in a large metal drum with sand to create a kind of asphalt (80% plastic, 20% sand while the traditional asphalt is composed mostly of sand) . Poured into molds, the mixture solidifies into a pad. 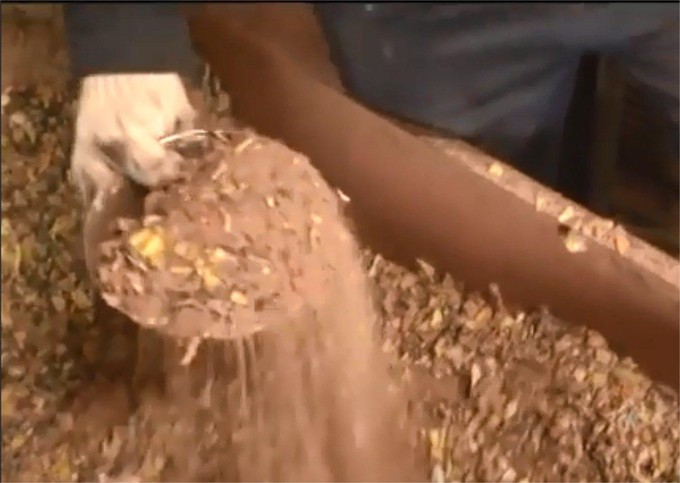 The plastic in small pieces is mixed with the sand. (Photo: Tonem Multitech / YouTube screenshot) 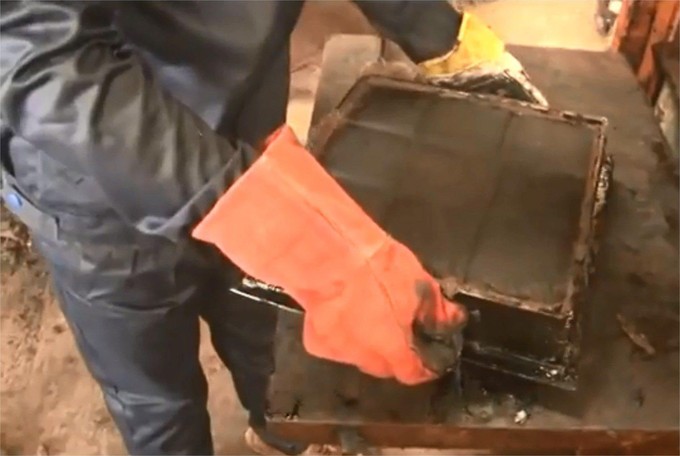 Heated, the mixture becomes a kind of asphalt which is then molded to form slabs.
(Photo: screenshot Tonem
Multitech / YouTube)

A 500 year lifespan
According to the engineer, the slabs obtained from this new material are stronger and stronger than cement, do not rot and do not require a lot of raw material. These pavers can then be used to build roads or sidewalks. Their creator ensures that they have a lifespan of 500 years.

Economically, these recycled pavers are interesting. They are sold for 1 dollar each, while the classic pavers are worth $ 1.50 each. 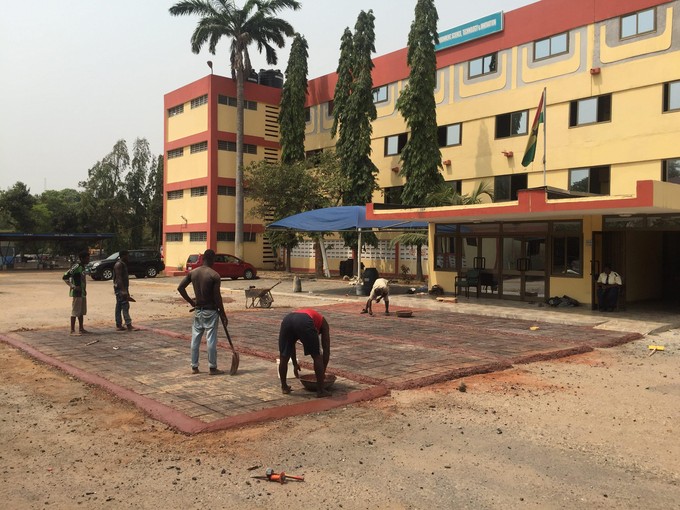 In Accra, the capital of Ghana, the Ministry of the Environment has used these
recycled pavers to renovate the roads of a district of the city. (Photo :
Nelpast)

Now at the head of his company Nelplast, which directly and indirectly employs 230 people, Nelson Boateng wants to make the revolution of recycling. He hopes that the country will reach 50% of plastic waste recycled quickly, thus guaranteeing jobs for young Ghanaians. Because with his invention, all plastics can be recycled, not just plastic bags. The engineer received support from the Ministry of the Environment who used his pavers in a district of the capital.

Other similar initiatives have emerged in Africa. In Yaoundé, Cameroon, a laboratory is producing cobbles three times stronger than those made of cement from packaging and bottles recovered from the city’s garbage cans. The same mixing technique of crushed plastic and sand is used in Burkina Faso, Niger and Mali to make solid pavers. In these three countries, associations are also trying to develop the revaluation of plastic waste by giving them a new life: stools, coffee tables, baskets … Sturdy everyday objects that last a long time.