Will the future of Africa go through its start-ups? The first edition of the Made in Africa Innovation Forum (FORIMA) 2018, which opened yesterday in Cotonou was the occasion of a dive in the heart of the reality of these young women. The event is intended to be the African “Vivatech”, an unmissable event for the continent’s start-ups committed to innovation. Organized by the Beninese government, it saw the participation of dozens of start-ups from Benin and several other countries in the sub-region. For two days, this ecosystem of innovators, investors and politicians, will have exchanged on the opportunities but also on the difficulties encountered by these young companies.

In jeans sneakers or in costume, the young entrepreneurs of the continent stroll in the alleys of Forima, exchange, knot contacts or frenziedly pianotent on the keyboards of their computers. The meeting is a meeting of companies with high potential for innovation. Between sessions on various themes, some agree to confide at lunch time on the back of a decor that Hollywood and the media have made glitzy. And the report is everywhere the same. African start-ups do not emerge. Difficult to confide it out loud when the time is up for general optimism for the continent. Nevertheless, the majority of the young shoots encountered at Forima indicated that the reason for this situation is closely linked to a lack of political will to support their development.

And the report is everywhere the same. African start-ups do not emerge. Difficult to confide it out loud when the time is up for general optimism for the continent.

They also mention an unfavorable environment that ignores the real needs of this type of company, particularly in terms of taxation. But for many analysts, the misinterpretation of African realities is the main reason for these failures. A situation that blocks the arrival of funding. According to these, the solutions proposed by the African actors would not be, in most cases adapted.

For Rolland Houehou, founder of Syrrius, a company that manufactures computers in China for local demand, “the ecosystem for financing start-ups in Benin is non-existent”. The entrepreneur who marketed in the country, 4000 units of his machines between 2015 and today, had to build his development from loans contracted from individuals. 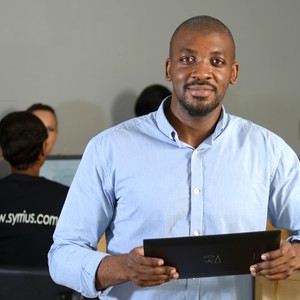 Rolland Houehou: “The financing ecosystem for start-ups in Benin is non-existent”.

Like him, many young shoots have lamented that in the country, banks systematically reject the loan application files they formulate. A phenomenon encountered elsewhere, as in Togo, where according to Sename Koffi, head of the incubator network Woelab in Togo, “the ecosystem of start-up is not yet wall, so everything works in informal. “.

Although at the end of last year, African start-ups engaged in new technologies have operated 128 fundraising for $ 560 million in capital investment, we are still far from the account. And in this case, the majority of funding is absorbed by English-speaking countries. According to a study by the venture capital fund Partech Ventures, South Africa, Kenya and Nigeria alone attracted more than $ 400 million in 2017. In these countries, there is a strong tradition integrated projects that are more likely to respond to needs. We can mention initiatives like Jumia, M-Pesa and others.

For Jean-Phillipe Houssou, founder of Triton, a company that offers its customers to move towards them to wash their cars, all start up can mobilize the amounts sought, because the real problem is not level of funding, but at the level of training.

The training of African start-ups, the key to success

“When you are good, the funding comes alone. To be good is to be ready and have a complete project, truly impactful. “Says Jean-Phillipe Houssou.

“Over the past eighteen months, where we made the most mistake was in decision making. This led us to lose money, money that we could have, with a good training invest in development. “, He said to illustrate his point of view.

For the boss of the company, which counts 14,000 washes in 10 months in the city of Cotonou, start-ups should complain less about not having access to financing and concentrate upstream on projects that meet the needs, and downstream, on how to achieve the goals once launched.

“Over the past eighteen months, where we made the most mistake was in decision making. This led us to lose money, money that we could have, with a good training invest in development. “, He said to illustrate his point of view.

Abundant in this sense, Vital Sounouvou, CEO of Exportunity, an online trading platform of Beninese origin registered in Mauritius, said that “some start-ups have structuring problems and think they have financial problems. “. 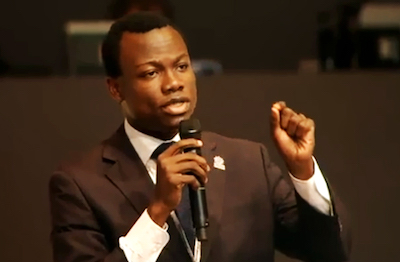 Vital Sounouvou: “Some start-ups have structuring problems and
think they have financial problems. “.

Taxation, the other blockage mentioned

Taxation remains the other obstacle to the emergence of young African shoots. On this point, all the actors questioned were almost unanimous. In several African countries, particularly the French-speaking West African countries, start-ups are not satisfied with taxation. “In Benin, taxation is not adapted to the evolution of the economy. We can not be a young company and be pressed by the tax department in its early days, it suffocates. Said Vital Sounouvou. The latter called on the government of Benin and those of the countries of the region to better support young companies with attractive tax exemptions.

Further, in his presentation, the boss of Exportunity said it is imperative that the states understand what a start up is and develop the appropriate technical and fiscal legal framework to better interact with it. “In the statute of the companies, it is necessary a taxation adapted to the stars-up. “, he added.

For his part, Roland Houehou regrets that only large companies enjoy substantial exemptions in Benin. But start-ups need the same benefits as well.